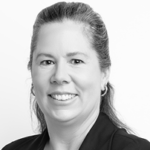 Kristin Zilberstein has over two decades’ experience as a legal practitioner, including 11 years working in the residential mortgage default space. Zilberstein’s main focus is on bankruptcy with a particular interest in litigated matters and Chapter 11 bankruptcies. She is licensed in multiple jurisdictions, and in her practice, she manages multiple national portfolios and special projects across several mortgage servicing shops. “We are in extraordinary and unique times,” Zilberstein said. “Everything is on hold and will remain so until the moratoriums are lifted. Once they are lifted, there will be a landslide of foreclosures and bankruptcies.” One of the highlights of Zilberstein’s impressive career is that she has held a leadership role with the ALFN’s Bankruptcy Group for almost five years. She also recently served as a Candidate for the Board of Directors for the national trade association. Zilberstein was featured in the 2016 women’s issue of the ALFN ANGLE and is a highly sought-after bankruptcy speaker, author, and educator across industry conferences, publications, and client-training events. One experience that helped Zilberstein learn to speak up for herself and conquer challenges as a woman working in the legal industry occurred while she was in law school, selling cell phones at a local mall. “From those hostile encounters face-to-face in the mall, I learned to have a voice for myself,” Zilberstein said. “During those encounters and many others while practicing law, I have had to stop the person with whom I am speaking and ask them to address me professionally and with respect as I have earned it.”